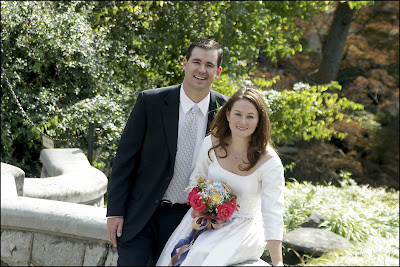 I always swore I would never photograph a wedding. It’s just too much pressure. There’s no “do-over” at a wedding. You have one chance to capture every special moment of what is widely considered to be the happiest day of a woman’s life (I have to believe that the groom is happy, too, but it’s not talked about as much). So when my friends Erin and Tony asked me to photograph their wedding, I hemmed and hawed and balked and stalled. I’m pretty sure I actually said no. But they assured me that there was no pressure. It was going to be a small ceremony in their back yard with their families and a few friends. How bad could it be? Well, due to circumstances beyond their control, their little backyard wedding turned into 200 people at Maymont. 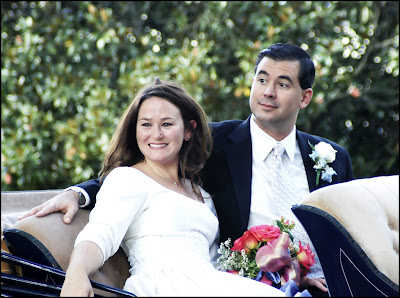 One of my biggest dilemmas (aside from the ridiculously high heels I was wearing) was how to capture everything that I wanted to without being a distraction from the ceremony. I felt like I was constantly in someone’s way – or that someone was constantly in my way. And I was certain that I was getting nothing.

The reception posed its own problem in that it was held at Barksdale Theatre. That’s not the problem – that’s a great place for a party, especially when there’s a surprise performance. It’s just that there’s no natural light anywhere. I’m not a fan of the flash, but I was glad I had it. 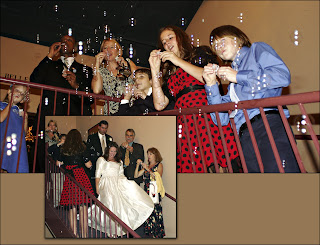 At the end of the day, Erin and Tony took their exit through a mass of bubbles and headed off to Italy where they wasted no time creating their first Foley baby.

As for me, I finally sat down and had a glass of wine with Ginnie, Steve, Robert, and Jill Bari. They asked if I had fun and I answered honestly – not a bit. All I wanted was to put my sore feet up and have a big bowl of pasta in front of the television, which is exactly what I did. I didn’t even have the courage to look at the pictures until the next day. Truth be told, fresh out of the camera they weren’t the best shots I’ve ever gotten. But with the help of Photoshop and a company called MyPublisher, I was able to put together a book that the bride and groom absolutely loved! You can see it here: http://www.mypublisher.com/bookshelf/ (order #M539276 – password 1037017)

In the end, even I was tickled with it, and thought maybe I might give weddings another go. Or not.