More than ten years ago, I started doing most of the graphics work for Swift Creek Mill Theatre’s productions.  Not because I had any skill or talent, but more because I was willing and free.  I do better on some shows than others.  Here are the shows for the upcoming season: 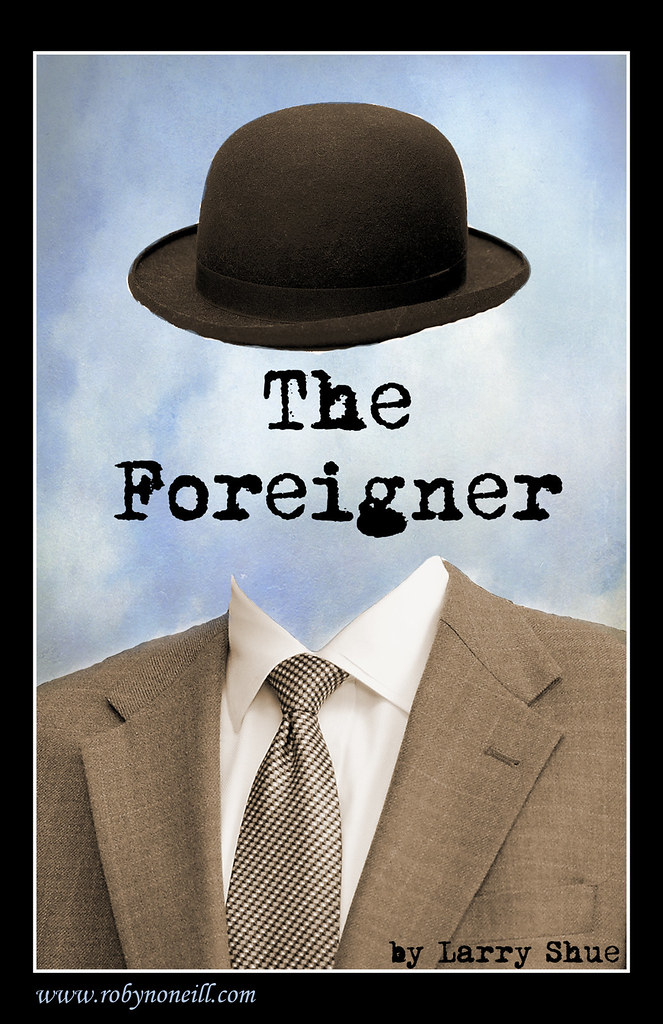 The Foreigner is the season opener. It’s a classic comedy that I, embarrassingly, have never seen.  I’m really looking forward to it. There are a number of people in it that I don’t know, which is kind of exciting.  And at least one that I know and LOVE! For this one, I took a picture that I already had of my friend Roger and cut out everything but his suit.  I snagged an image of a bowler hat from the NAPP website (National Association of Photoshop Professionals – membership has its privileges) and used a typewriter font for the title. 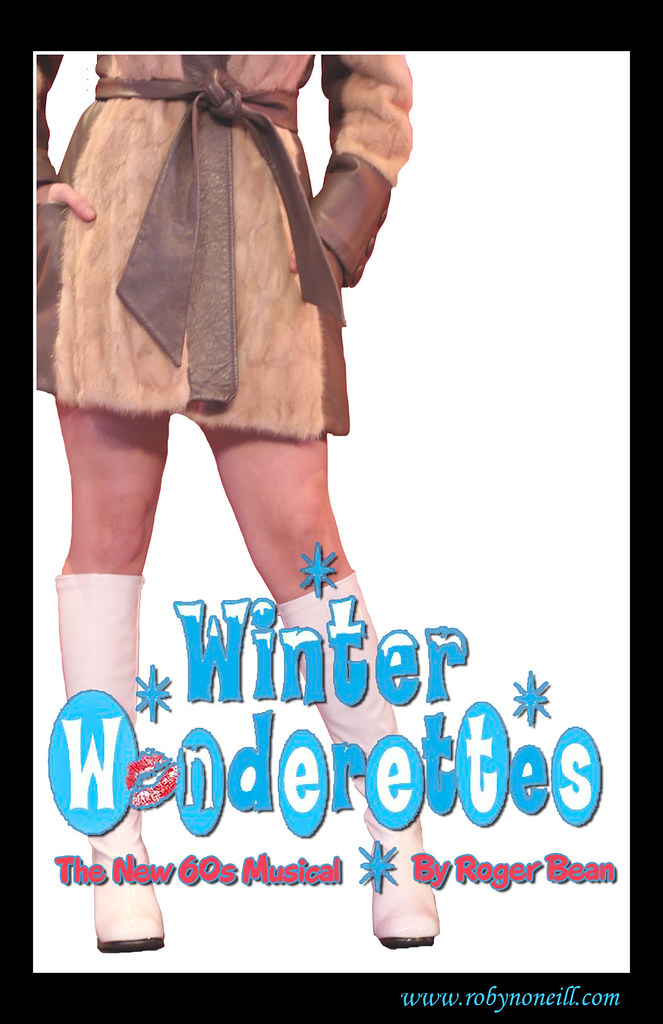 When my mother asked me if I wanted this mink jacket that she’s had hanging in her closet, I thought “Ewww, no!!!”  But I’m so glad I took it!  Paired with some go-go boots and worn by my favorite model, Audra Honaker, it was perfect for The Winter Wonderettes, which is playing in the Nov-Dec slot. 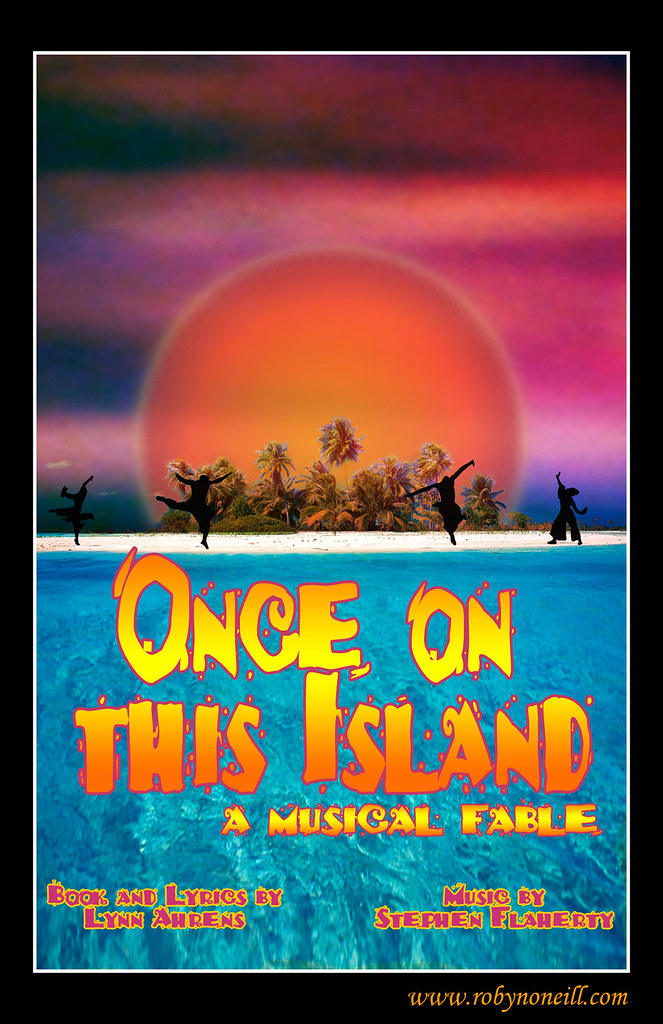 I love Once On This Island!  It was written by Lynn Ahrens and Stephen Flaherty, who also wrote Ragtime and Seussical, and is playing from the end of January through the beginning of March.  I pieced this one together from a bunch of different stuff. This is Tom’s favorite.  I like the colors! 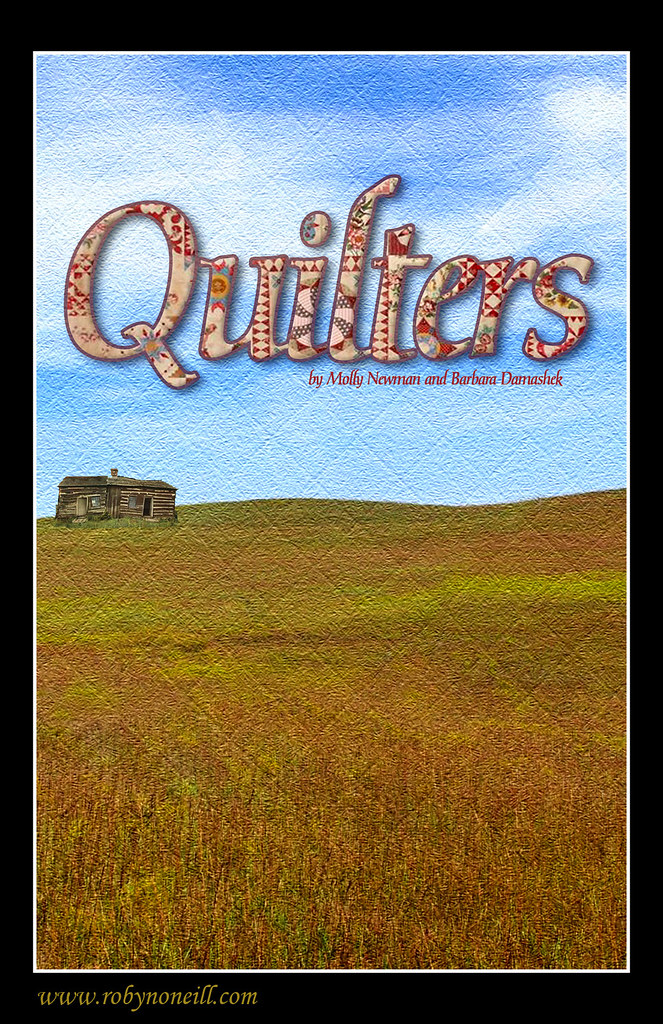 I’ve done Quilters. I’m not a big fan, but I’m definitely in the minority on that.  You can decide for yourself if you head to the Mill next April or May.  This was a photo of an empty field that I took the last time I was in Leesburg, VA.  I used a pattern overlay on the title, a criss-cross embossing effect over the whole thing, and there ya have it. I plopped the cabin in as an afterthought. It needed something. 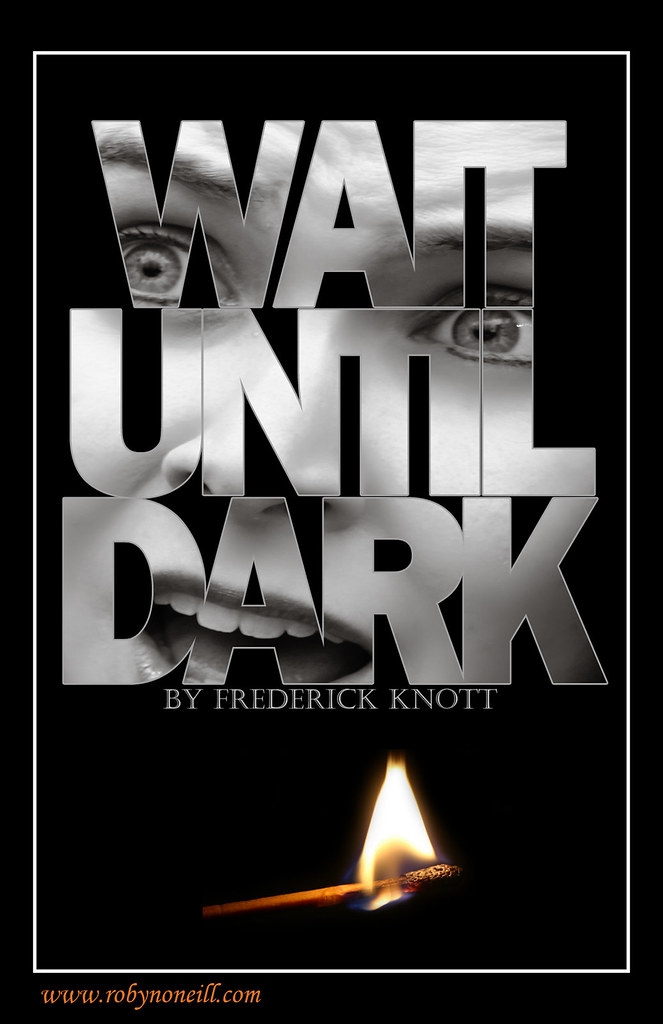 This one is my favorite. Once again, Audra Honaker stars in my poster, this time as the terrified damsel in distress.  She would actually be really good in this part, but I don’t think she’s going to be here.  Not that I have anything to say about casting anyway.  Come see this one next June/July.  It’s a great thriller!