I recently put together a brochure for Swift Creek Mill Theatre’s new season. The shows are Side Show, A Tuna Christmas, Of Mice and Men, Altar Boyz, and Arsenic and Old Lace, plus the subscriber bonus show, Blues in the Night. The final decision was made on a Monday and we had about a week and a half before it had to be at the printer.

Tom Width scheduled a photo shoot on Saturday afternoon with a few actors who are in the current production of Once Upon a Mattress. We wanted to be very careful not to give the impression that any of the actors we used for the photos were precast (only one role is precast this season – John Hagadorn in A Tuna Christmas), so we purposely shot them so you wouldn’t know who they were. But I’m about to give that away.

For Side Show, based on the life of conjoined twins Daisy and Violet Hilton, I took two shots of Audra Honaker and Photoshopped (yes, I think that is a verb) them together. 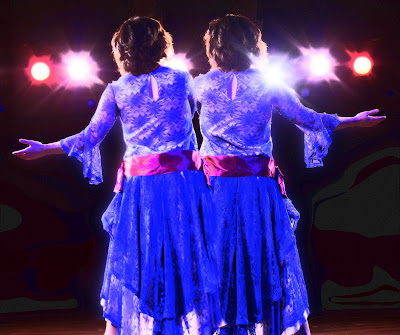 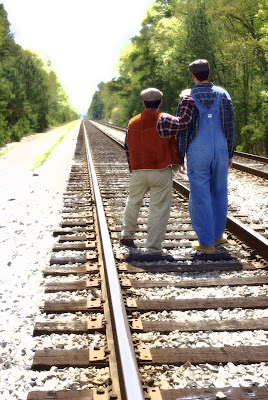 Lucas Hall and Davis Janosik walked the railroad tracks in Colonial Heights for the Of Mice and Men photo. 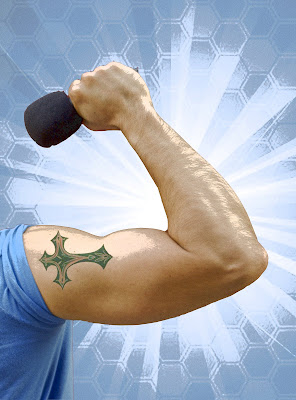 The Altar Boyz photo features Eddie Tavares’s arm. Well, of course it does. Who else’s arm is that beautiful? (I added the tattoo.) 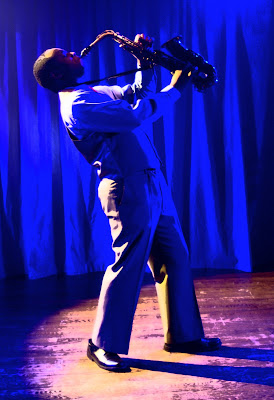 And that’s Durron Tyre faking the sax for Blues in the Night.

« Headshots – Back in the AlleyKids »